Home
Music
Charts
Playlists
Sign up to customize
Log in
Sign up
Contact us
Dark mode
DJ SO4
PLAY
FOLLOW
DJ SO4
PLAY
FOLLOW
Overview Songs (10) Lease Tracks (3) Videos About
More
1 Number 1
1 Top 10
10 Tracks
Songs
1
Animal Instinct (Original Mix)
Today #9 in EDM subgenre
#Edm#djso4#BigRoom
$0.25
2
Every Day I Feel
Peak position #1
#djso4#techHouse#freshTune
$0.25
3
FIN DEL TIEMPO
#djso4#bigRoom#espania
$0.25
4
A Flying Heart
#dance#energy#djso4
$0.25
$25
5
DROP VISION
#Club#Edm#djso4
$0.25
Show all (10)
Lease pricing
Compare licenses
Basic
$25
MP3
2,500 sales
10,000 streams
Non-exclusive (lease)
Buy 1 get 1 free
Compare
Premium
$50
MP3 +WAV
5,000 sales
50,000 streams
Non-exclusive (lease)
Buy 1 get 1 free
Compare
Trackout
$100
MP3 +WAV +Trackouts
25,000 sales
500,000 streams
Non-exclusive (lease)
Buy 1 get 1 free
Compare
Unlimited
$200
MP3 +WAV +Trackouts
Unlimited sales
Unlimited sales
Non-exclusive (lease)
Buy 2 get 1 free
Compare
Exclusive
$2,500
MP3 +WAV +Trackouts
Unlimited sales
Unlimited sales
Full ownership
Compare
Untagged audio
WAV file
Trackout/stems
Sales limit
Paid streams limit
Albums, iTunes...
Publishing split
License for TV/Movie
Must credit producer
License duration
Discount
Buyer gets ownership
Basic
$25
2,500
10,000
1 commercial use
12 months
Buy 1 get 1 free
Premium
$50
5,000
50,000
2 commercial uses
12 months
Buy 1 get 1 free
Trackout
$100
25,000
500,000
3 commercial uses
12 months
Buy 1 get 1 free
Unlimited
$200
Unlimited
Unlimited
Unlimited
24 months
Buy 2 get 1 free
Exclusive
$2,500
Unlimited
Unlimited
Unlimited
100% buyer
Unlimited
FAQ
Why would I need a license?
A license is needed if you want to use the music for anything else than just listening for your pleasure. Typical uses are
What are the license options and what are the differences between those?
We offer up to 5 license templates (Basic, Premium, Track Out, Unlimited, Exclusive) and it's up to the artist which ones he/she wants to make available. Each license comes with different perks. In general, the higher the price, the better the perks.
You can click on each feature on the left side of the comparison chart above to learn more about each one.
When will I get the track I purchased?
You can download all related files immediately after your purchase. We also email you a one-time download link for a download later.
How can I remove the audio tag from the track?
A "tagged beat" is a demonstration version of an instrumental that contains distinct audio watermarks that typically play throughout the entire track. The purpose of a producer tagging his/her instrumental is to prevent piracy and to encourage serious recording artists to purchase a license.
To get a tag-free audio please make sure you purchase a license which features "untagged audio".
I purchased a $1 download, why is the beat still tagged?
Beats purchased for $1 in our store are meant for streaming and demo use only, just like downloads from iTunes store or Amazon music.
To license a beat without audio tag and to use in a professional manner please buy a license from this page. Usually those are $25 and up.
What is a stem / trackout file?
A Stem file is an audio file that contains a track split into several musical elements: A drums stem, a bassline stem, a harmony stem, and a lead stem for example.
The Stem file also usually includes the original stereo master of the track for standard playback.
Why would I need a stem / trackout file?
A trackout file gives you much better control. Imagine you rap over a beat and you realize the percussions take the focus away from your vocals. With a trackout file you can simply tone down the percussion and the focus is now on the vocals. With a trackout file you have much more flexibility and a whole different level of control. 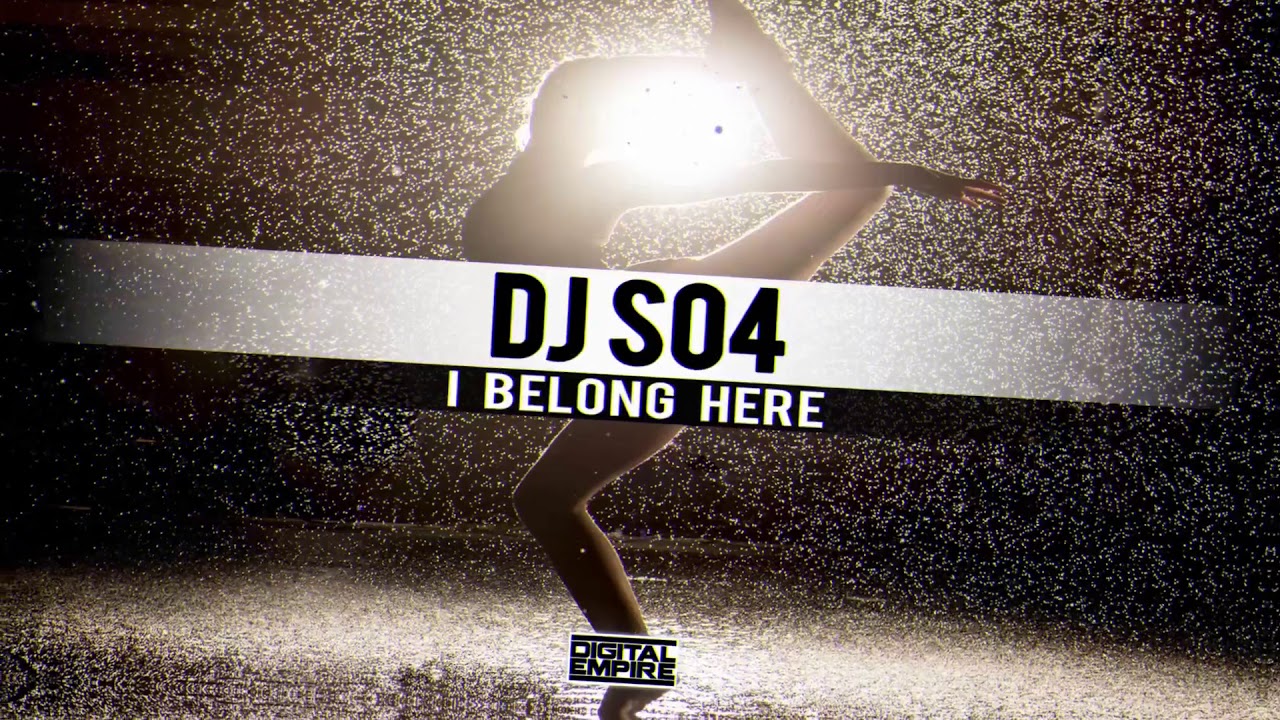 DJ SO4 - I BELONG HERE [ OUT NOW ]
Show all videos (2)
Hey! I am Bartek. DJ and music producer. I create music for people, not for myself. I love when people dance on the dance floor. Want to cooperate, talk to Messenger ;)
Band/artist history
Bartosz Oblinski, known to a wider and narrower audience also as DJ SO4. A native of Wroc?aw. He has always been fascinated by broadly understood music. However, he feels best in House, Progressive and Electro. He listened and listened to this music and listened to DJ Daniel Mondello playing Qlimax Hard Style. What he liked the most was the theme of Mondello playing 4 vinyls at the same time (!!!!), making transitions and adding themes from other songs. Eyes full of fascination and raised ears absorbed over and over the same piece, second by second, frame by frame ... Something beautiful. An innocent movie on youtube.com made Bartosz want to become a DJ. He wanted to be like Mondello - create and play for the public, and at the same time gain worldwide fame. Beginnings can be difficult, but it did not discourage him. He went to clubs and tried to watch others play. At the same time, he imagined that one day he would also play like that. Slowly he introduced himself to this world, company, equipment and technology. The E-Jay program was off to a good start. Kind of like stacking blocks. After a short time he felt unsatisfied, he switched to Virtual DJ. Everything was fine, but still not enough. He took it a step further, he wanted to learn to play real mixing equipment. With the stubbornness of a maniac, he watched YouTube videos from mass events. He also did not spare his friends, whom he asked if they knew any DJs. He found himself in the Blue Angel Pub quite by accident. There he met DJ Risto (privately Krzysztof Chrzanowski), they got to know and Bartosz started learning how to play on Citronic. The hard work paid off. At the same time, he realized that being a DJ is not an activity full of roses ... Lots of duties, sleepless nights, chasing after the day and sleep, coffee and cigarettes, stress ... But he wanted it, he devoted every minute to get closer to Mondello's virtuosity. After about six months, he bought his own equipment. Maybe not as good as a Citronic, but it's always something to start with. Playing at smaller events, including occasional ones, tries to promote as much as possible, although it is not easy ...
Have you performed in front of an audience?
My greatest success is playing with a world-class and most recognizable DJ - Matys
What equipment do you use?
Only my Laptop, FL STUDIO and Headphones ;)
READ MORE
READ LESS
Promoted Not related to artist
Promo
Stuck With Me
Brianx.rsa
Promo
War. (BLACK FRIDAY SALE! 50% OFF + 1=2)
Wendigo
Promo
C i t y - Lofi beat - 126
INDUS BEATS
Promo
Plugged
MITTEL
Home SoundClick for artists Show navigation © 2020 SoundClick Inc
DJ SO4
PLAY
FOLLOW
SHARE
Overview
Music
Songs
Lease tracks
About
Videos
Pictures
Interview
Artist links & data
Connect
User comments
Contact
Playlist