Home
Music
Charts
Playlists
Sign up to customize
Log in
Sign up
Contact us
Dark mode
Melissa And More
PLAY
FOLLOW
Melissa And More
PLAY
FOLLOW
Overview Songs (52) Lease Tracks (1) Albums (2) Videos About
More
2 Top 10
10 Top 50
52 Tracks
Inspirational and colourful. Melissa's music is of as many genres as there are of emotions, evoking sensitivity, harmony and passion in every song.
Songs
1
Valentine
Peak position #87
#pop#jazz#female#raunchy
$0.75
2
What Have I Done
Peak position #44
#pop#rock#smooth#bass#jazz#songwriter#country#folk#contemporary#singer#easyListening#atmospheric#flute#vocal#uk#guitars#band#saxophone#adult#melancholy#clarinet#southampton#imaginative
$1.00
3
Roof Top Down
Peak in sub-genre #46
#pop#vocal#motown
$0.75
4
Always Be With You
Peak position #14
#guitar#drums#flute#vocals#harmony#eerie#samba#haunting#clarinet
$0.75
5
Nothing Changes
Peak in sub-genre #93
#Melissa#MelissaSullivan#MelissaAndMore
$0.99
Show all (52)
Lease pricing
Compare licenses
Basic
$25
MP3
2,500 sales
10,000 streams
Non-exclusive (lease)
Buy 1 get 1 free
Compare
Premium
$50
MP3 +WAV
5,000 sales
50,000 streams
Non-exclusive (lease)
Buy 1 get 1 free
Compare
Trackout
$100
MP3 +WAV +Trackouts
25,000 sales
500,000 streams
Non-exclusive (lease)
Buy 1 get 1 free
Compare
Unlimited
$200
MP3 +WAV +Trackouts
Unlimited sales
Unlimited sales
Non-exclusive (lease)
Buy 2 get 1 free
Compare
Exclusive
$2,500
MP3 +WAV +Trackouts
Unlimited sales
Unlimited sales
Full ownership
Compare
Untagged audio
WAV file
Trackout/stems
Sales limit
Paid streams limit
Albums, iTunes...
Publishing split
License for TV/Movie
Must credit producer
License duration
Discount
Buyer gets ownership
Basic
$25
2,500
10,000
1 commercial use
12 months
Buy 1 get 1 free
Premium
$50
5,000
50,000
2 commercial uses
12 months
Buy 1 get 1 free
Trackout
$100
25,000
500,000
3 commercial uses
12 months
Buy 1 get 1 free
Unlimited
$200
Unlimited
Unlimited
Unlimited
24 months
Buy 2 get 1 free
Exclusive
$2,500
Unlimited
Unlimited
Unlimited
100% buyer
Unlimited
FAQ
Why would I need a license?
A license is needed if you want to use the music for anything else than just listening for your pleasure. Typical uses are
What are the license options and what are the differences between those?
We offer up to 5 license templates (Basic, Premium, Track Out, Unlimited, Exclusive) and it's up to the artist which ones he/she wants to make available. Each license comes with different perks. In general, the higher the price, the better the perks.
You can click on each feature on the left side of the comparison chart above to learn more about each one.
When will I get the track I purchased?
You can download all related files immediately after your purchase. We also email you a one-time download link for a download later.
How can I remove the audio tag from the track?
A "tagged beat" is a demonstration version of an instrumental that contains distinct audio watermarks that typically play throughout the entire track. The purpose of a producer tagging his/her instrumental is to prevent piracy and to encourage serious recording artists to purchase a license.
To get a tag-free audio please make sure you purchase a license which features "untagged audio".
I purchased a $1 download, why is the beat still tagged?
Beats purchased for $1 in our store are meant for streaming and demo use only, just like downloads from iTunes store or Amazon music.
To license a beat without audio tag and to use in a professional manner please buy a license from this page. Usually those are $25 and up.
What is a stem / trackout file?
A Stem file is an audio file that contains a track split into several musical elements: A drums stem, a bassline stem, a harmony stem, and a lead stem for example.
The Stem file also usually includes the original stereo master of the track for standard playback.
Why would I need a stem / trackout file?
A trackout file gives you much better control. Imagine you rap over a beat and you realize the percussions take the focus away from your vocals. With a trackout file you can simply tone down the percussion and the focus is now on the vocals. With a trackout file you have much more flexibility and a whole different level of control.
Albums
$3.00
Did He Say
4 songs
$5.00
8 Live (remaster 2017)
8 songs 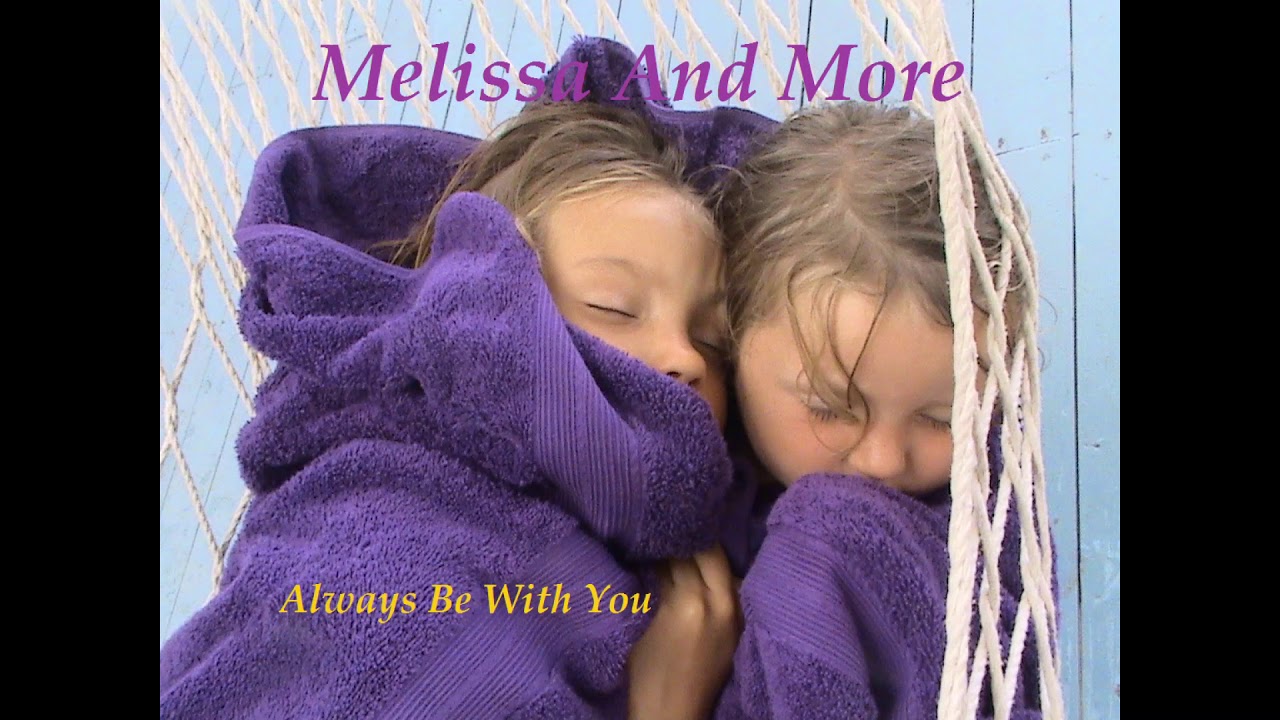 Always Be With You
Melissa Sullivan - is a singer/songwriter from Southampton UK, her songs cover a broad spectrum of genre. Folk,Rock,Acoustic,Pop,Jazz and Country to name a few. She started playing the flute classically at about seven years old and achieved grade 8 distinction at 14. She had already started playing the piano and writing music before her teenage years and also a bit of acting in local pantomimes. ( Oh no she didn't...Oh yes She did. ) Her lyrics are about life and love, her own experiences and those of others. The music and sound has been likened to that of Kate Bush, Joni Mitchel, Stevie Nicks and Joan Baez. She has fronted and written for many bands and in 2004, teamed-up with Dave and started performing along the south coast as a duo, herself taking vocals and playing keyboards/ flute and Dave on electric and acoustic guitars. Jerry Sharpe - Bass Jerry took up bass aged 17 when a last-minute guitarists no-show saw him drafted in to a friends band - at a gig! He joined Melissa in March 2008 and played his debut gig at HMS Collingwood in June. He's played in several bands since resuming 'active service' in 2000 after a 20-year break ("I didn't think it would be that long!!" J.) including Big Time Rollers, BluesHog and Shrewd Move. Jerry says "I was drawn to Melissa by the quality of the music and songwriting. I'm very happy to be part of this band". Influences include Nathan East, John Illsley, Dave Bronze and Steve Owers. Jerry plays Cort RB5, Fender Jazz, Vintage Icon and Curbow 4 basses through (original) Trace Elliot amplification. Dave Wilkes - Electric & acoustic guitars Plays the acoustic and electric guitar Dave Amey - Drums Started drumming when i was 10 years old. joined school band and was asked to play everything as i was the only drummer. joined excellent band called ALIBI which were a rock band . had lots of fans and cut an 8 track recording . also came 2nd in the battle of the bands. left alibi and joined a funk band called flunkadilic but didnt gig with them . left them to form my own band called tequila sunrise but although sound was great couldnt find a singer. Gave up for quite a while until i heard a lovely voice on party sounds and applied to join Melissa and more. i am very please to be part of this great band because i love the music and they are such nice people .
Band/artist history
I have been a musician since the year dot playing classical music on my flute as a kid. When I got a bit older I started song writing I had allways sung so I put the two together on piano and that soon progressed to keyboards. I perform live with the keyboards and flute, Dave on guitar, Ric on sax and clarinet Jerry on bass and Dave on drums.
Have you performed in front of an audience?
I love playing live, I have performed at summer festivals and local pubs and have recently done a gig for my local radio station, Original 106 Fm, at HMS Collingwood in Portsmouth. I would love to perform anywhere as I love it !!.I'm a bit of a show off
Your musical influences
Folk rock,acoustic, pop,jazz and country and then more pop,dance,rock and a bit of classical as well. The songs are quite lyrical and I try to tell a story in them. Sort of Kate Bush, hint of Queen (earlier stuff)Prince (ish), Dolly Parton meets Annie Lennox sort of thing
What equipment do you use?
Flute, keyboards,Dave on guitar, electric and acoustic, Jerry and his bass, Dave and his drum kits,Rick with sax,and clarinet Pa system called Clive ..oh ..and a pair of lungs as well as a pint of Guiness...or 4
Anything else?
If you are on the following sites, give us a hello http://www.melissaandmore.com http://www.reverbnation.com/melissaandmore http://www.twitter.com/melissaandmore http://cdbaby.com/all/melissauk
READ MORE
READ LESS
Promoted Not related to artist
Promo
Deep In Love With You By BJ Clark Feat: Reuben X
BJ Clark
Promo
Ghostface Killas - OLD SCHOOL -
Bang Musik Productions
Promo
Infinite
Mikhail Music
Promo
Split Up (BUY 1 GET 1 FREE SALE!)
Blasian Beats
Home SoundClick for artists Show navigation © 2020 SoundClick Inc
Melissa And More
PLAY
FOLLOW
SHARE
Overview
Music
Songs
Albums
Lease tracks
On these playlists
About
Videos
Pictures
Interview
Artist links & data
Connect
Followers
User comments
Contact
Playlist