Home
Music
Charts
Playlists
Sign up to customize
Log in
Sign up
Contact us
Dark mode
Ed Drury
PLAY
FOLLOW
Ed Drury
PLAY
FOLLOW
Overview Songs (103) Lease Tracks (2) Albums (3) Videos About
More
4 Number 1
13 Top 10
103 Tracks
Trance, Ambient, World Beat and New Age.
Songs
1
The Longest Year (Radio Mix)
Today #57 in Ambient subgenre
#chill#Blues#acousticGuitar#minor#downbeat
2
Blue Monday (Ed's Mix)
Peak position #43
#chill#Blues#acousticGuitar#minor#downbeat
3
Slipstream (Feat. Chris Phinney)
#ambient#acousticguitar
4
1st Snow
Ed Drury   /collab
#ambient#acousticguitar
5
SixtySixMiles
Peak position #55
#ChillGuitarAcoustic
$25
Show all (103)
Lease pricing
Compare licenses
Basic
$25
MP3
2,500 sales
10,000 streams
Non-exclusive (lease)
Buy 1 get 1 free
Compare
Premium
$50
MP3 +WAV
5,000 sales
50,000 streams
Non-exclusive (lease)
Buy 1 get 1 free
Compare
Trackout
$100
MP3 +WAV +Trackouts
25,000 sales
500,000 streams
Non-exclusive (lease)
Buy 1 get 1 free
Compare
Unlimited
$200
MP3 +WAV +Trackouts
Unlimited sales
Unlimited sales
Non-exclusive (lease)
Buy 2 get 1 free
Compare
Exclusive
$2,500
MP3 +WAV +Trackouts
Unlimited sales
Unlimited sales
Full ownership
Compare
Untagged audio
WAV file
Trackout/stems
Sales limit
Paid streams limit
Albums, iTunes...
Publishing split
License for TV/Movie
Must credit producer
License duration
Discount
Buyer gets ownership
Basic
$25
2,500
10,000
1 commercial use
12 months
Buy 1 get 1 free
Premium
$50
5,000
50,000
2 commercial uses
12 months
Buy 1 get 1 free
Trackout
$100
25,000
500,000
3 commercial uses
12 months
Buy 1 get 1 free
Unlimited
$200
Unlimited
Unlimited
Unlimited
24 months
Buy 2 get 1 free
Exclusive
$2,500
Unlimited
Unlimited
Unlimited
100% buyer
Unlimited
FAQ
Why would I need a license?
A license is needed if you want to use the music for anything else than just listening for your pleasure. Typical uses are
What are the license options and what are the differences between those?
We offer up to 5 license templates (Basic, Premium, Track Out, Unlimited, Exclusive) and it's up to the artist which ones he/she wants to make available. Each license comes with different perks. In general, the higher the price, the better the perks.
You can click on each feature on the left side of the comparison chart above to learn more about each one.
When will I get the track I purchased?
You can download all related files immediately after your purchase. We also email you a one-time download link for a download later.
How can I remove the audio tag from the track?
A "tagged beat" is a demonstration version of an instrumental that contains distinct audio watermarks that typically play throughout the entire track. The purpose of a producer tagging his/her instrumental is to prevent piracy and to encourage serious recording artists to purchase a license.
To get a tag-free audio please make sure you purchase a license which features "untagged audio".
I purchased a $1 download, why is the beat still tagged?
Beats purchased for $1 in our store are meant for streaming and demo use only, just like downloads from iTunes store or Amazon music.
To license a beat without audio tag and to use in a professional manner please buy a license from this page. Usually those are $25 and up.
What is a stem / trackout file?
A Stem file is an audio file that contains a track split into several musical elements: A drums stem, a bassline stem, a harmony stem, and a lead stem for example.
The Stem file also usually includes the original stereo master of the track for standard playback.
Why would I need a stem / trackout file?
A trackout file gives you much better control. Imagine you rap over a beat and you realize the percussions take the focus away from your vocals. With a trackout file you can simply tone down the percussion and the focus is now on the vocals. With a trackout file you have much more flexibility and a whole different level of control.
Albums
$4.00
Wetlands
16 songs
$3.00
Ugliest Duckling Music from the Play
6 songs
$5.00
A Swan's Song
11 songs 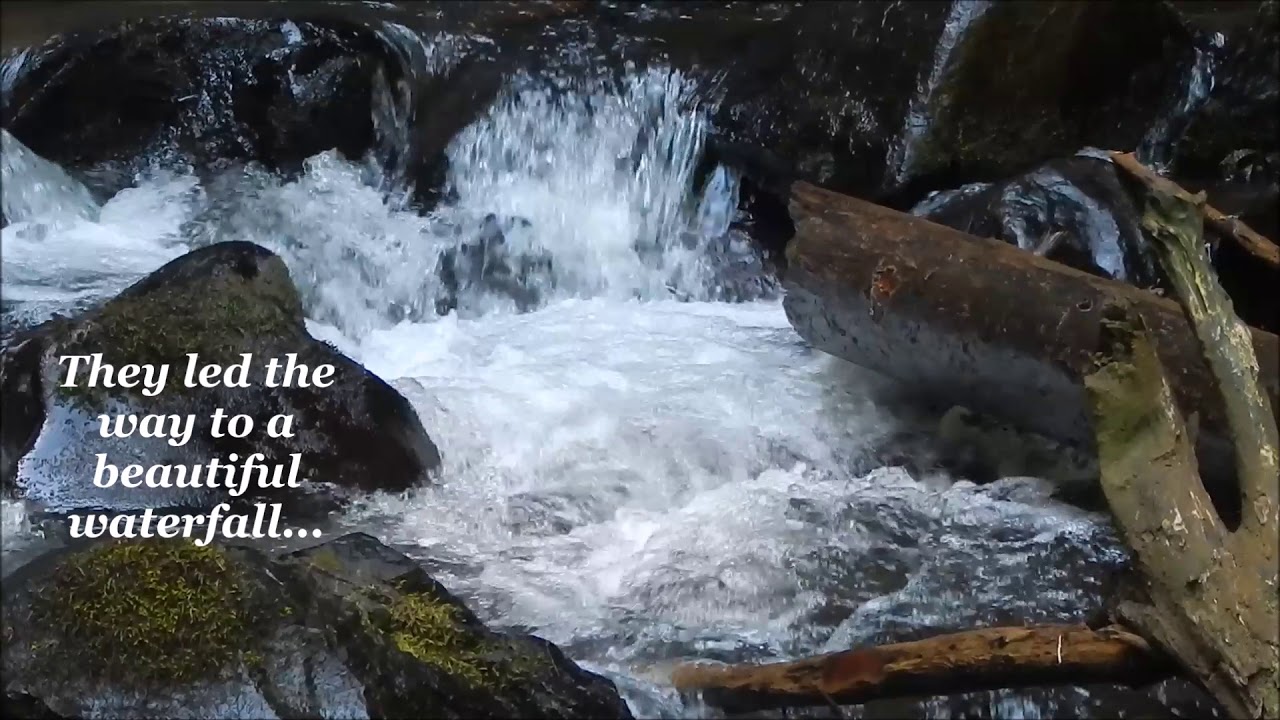 The Whale Whisperers Saga
Show all videos (11)
Ed Drury is a multi-instrumentalist, composer, writer and teacher who uses world instruments, synths and computers to create sound tracks for film, radio and television. for more information including a vast library of information on the didjeridu.
Band/artist history
Ed Drury is a multi instrumentalist, composer, teacher, instrument maker and author. Classically trained as a trumpeter, Ed traded his trumpet for an electric guitar and was a well known side man and session musician on the west coast for the better part of the 1970's. In 1976, growing tired of road life, Ed returned to school and took an associate degree in Respiratory Care. For more than ten years, music took a back seat while he branched into various roles in health care. He quit his hospital job in 1989 to pursue his first love, the study of various traditional music forms from around the world. Today he combines his experience with classical music and his love for traditional music forms by composing music inspired by his world travels and training as a healer. Studying with almost anyone who will accept him as a student, Ed attempts to finance his quest through teaching, writing and performing. Ed has studied with Aboriginal didjeridu master David Blanasi and world musician Stephen Kent. Ed lives in Portland Oregon where he teaches, performs and records. Ed has performed with Francis Firebrace-Jones, a Yorti Yorti story teller, with Australian Folk Musician and songwriter Clancey Dunn, Jawighe, Michael Stirling, Jawihge, Randy Graves, Stephen Kent, Dave Crowder and Land of the Blind. -------------------------------------------------------------------------------- Recordings 1993 The Healing 1994 Living Light 1994 Beginners Heart 1995 Learn to Play the Didjeridu 1997 Australia, Always Wanted to Go 1997 Galila on Didjeridu Planet 1997 Learn to Play the Dijeritube Didjeridu Video 1998 Yael on Didgeridoo USA 1998 Squael and Duet in D on Didjeridu Planet II 1999 Sound Track on "When the Stars Came Dreaming" Animation by Jean Poulot 2000 Wanga released on efolkmusic.com 2000 Guardian Angel CD Released on mp3.com 2000 Dancing Alone CD Released on mp3.com 2001 Didgital Output CD 2001 East of Now CD Didjeridu with sounds from the middle and far East. 2001 Didjeridu Solos A collection of 15 solo didjeridu tracks. 2002 Wetlands Everything from ambient to techno and between. 2002 Mixology of Didjeridu Electronica mixed with didjeridu. 2002 Wooden Prayers Native American Flute songs for the Earth. 2002 Sound track for Weekend Explorer episode "Laughlin". 2002 Feather on the Beach 2003 Songs from the Man Made Lake. 2003 Didjeridu Solos Vol 2 2003 A Swan's Song 2003 Sound track for Best of Weekend Explorer PBS television. Performance Credits
Have you performed in front of an audience?
Mostly at music festivals, concerts and gatherings. (see )
Your musical influences
There are so many. I tend to be easy to please and like all forms of music. Along the lines of what I do, I like Stephen Kent, Steve Roach and Inlakesh to name a few.
What equipment do you use?
A room full of world instruments, a Roland 880 recording deck, Mackie Mixer, Korg Triton LE and on the computer I use Acid Music 5.0, Live 2.1 and Cool Edit 2000.
READ MORE
READ LESS
Promoted Not related to artist
Promo
No One Lonely
The iProducers
Promo
Sonic - Capoxxo x Oaf1 Type Beat
Mr.Brik
Promo
around
Skeyez beats
Promo
"WAKANDA LUV''
SUNBOO
Home SoundClick for artists Show navigation © 2021 SoundClick Inc
Ed Drury
PLAY
FOLLOW
SHARE
Overview
Music
Songs
Albums
Lease tracks
On these playlists
About
Videos
Pictures
Interview
Artist links & data
Connect
Followers
User comments
Playlist